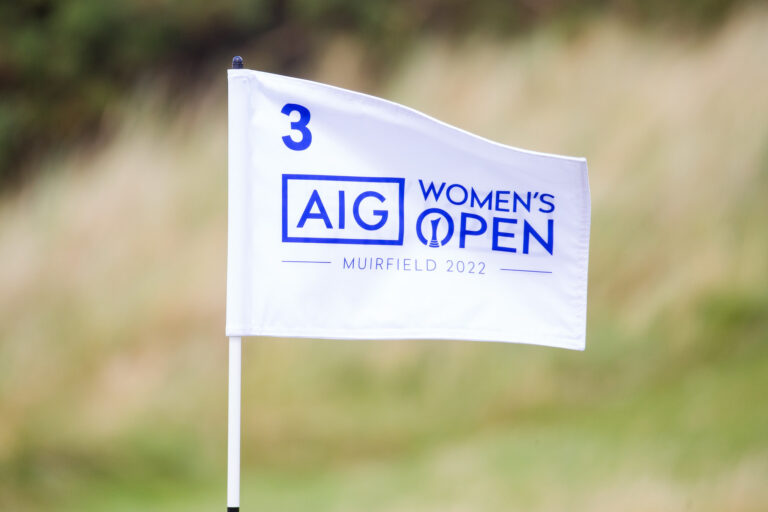 Creekhouse is excited that two of our players, the promising golf professionals Linn Grant and Maja Stark, are competing in The AIG Women’s Open of 2022. Creekhouse will also be present at the iconic venue of Muirfield to support our players on this very important major that marks the last of the season.

AIG Women’s Open is one of the most cherished events in the world of golf. Founded by Ladies Golf Union of Great Britain, the first tournament was played at Fulford in York in 1976. Since then, the event has quickly grown to become the most international and one of the most prestigious major in women’s golf.

The 46th AIG Women’s Open takes place from the 4-7th of August, 2022. This year, the iconic venue of Muirfield, one of the finest golf courses in the world and previous host to many dramatic championships, is set to host the championship for the very first time. Located in Gullane on the southern shore of the Firth of Forth on the east of Scotland, Muirfield is home to The Honourable Company of Edinburgh Golfers, a club that formed as early as 1744 and has played an important role in the history of the game.

We couldn’t be more excited about the upcoming championship, especially since two of our players are represented in the list of golfing professionals participating this year.

Linn Grant, 22, turned professional in the summer of 2022 and won events on the Ladies European Tour (LET) in March and May, marking her out as a star in the making. Earlier this summer, Linn Grant became the first female to win an event on the DP World Tour. , winning by nine strokes. In other words, the 22-year-old Swede has made a very promising start to her golfing career.

The love of the sport truly runs in the family as Grant’s grandfather, James, was a Scottish golf professional who emigrated from Inverness in northern Scotland to Helsingborg in Sweden. Her father, John, played on the Swedish Golf Tour, too, and has seven wins on the Swedish Senior Tour. A special career highlight was winning the British Amateur Stroke Play Championship at North Berwick Golf Club, the same venue where her grandfather won the Scottish Boys Championship 49 years previously.

Maja Stark is 22 years old and has already been described as one of Sweden’s most promising golf talents. Maja turned professional in August of 2021 and secured her first title  at the PGA Championship by Trelleborgs Kommun in her second professional start. Only two weeks later, Maja won the Creekhouse Ladies Open by four shots securing her first LET title, followed by another victory winning the Estrella Damm Ladies Open.

Growing up in Abbekas in Sweden, Maja began playing golf when she went along with her parents to their local golf course. Maja joined the Swedish National Team in 2016 and went on to attend Oklahoma State University. Stark recently secured her fourth LET success after a sensational finish. Stark has made an impressive start of her professional golf career with her favorite golf experience so far being the US Open 2021. After missing the cut in her latest major, Maja is very excited for the upcoming championship.

From Creekhouse, we are looking forward to supporting our players on the upcoming major and wish them the best of luck when they meet professionals from Europe and the US on the historic course of Muirfield. We expect nothing less than a challenging, thrilling and equal parts meaningful major that will mark the last of the season.